In ancient history, there have been a lot of extremely strange rituals when it comes to sex. Here are a few that we are glad died out!

1. Spending your first night married in a sack.

Back in the 17th century, the English used to practice something known as ‘bundling’. When a young teenage couple got married, they would be allowed to sleep in a bed together but their parents didn’t want to have another mouth to feed 9 months down the line.

To combat this the girl would put on a sack which would be tied tightly around her waist so her husband couldn’t get in. As well as that they were tucked tightly into bed together and a board was inserted in the middle of the bed to keep them well and truly away from each other.

By doing this, the boys were then considered men and welcomed back into their tribe.

3. The Guajiro People of Columbia 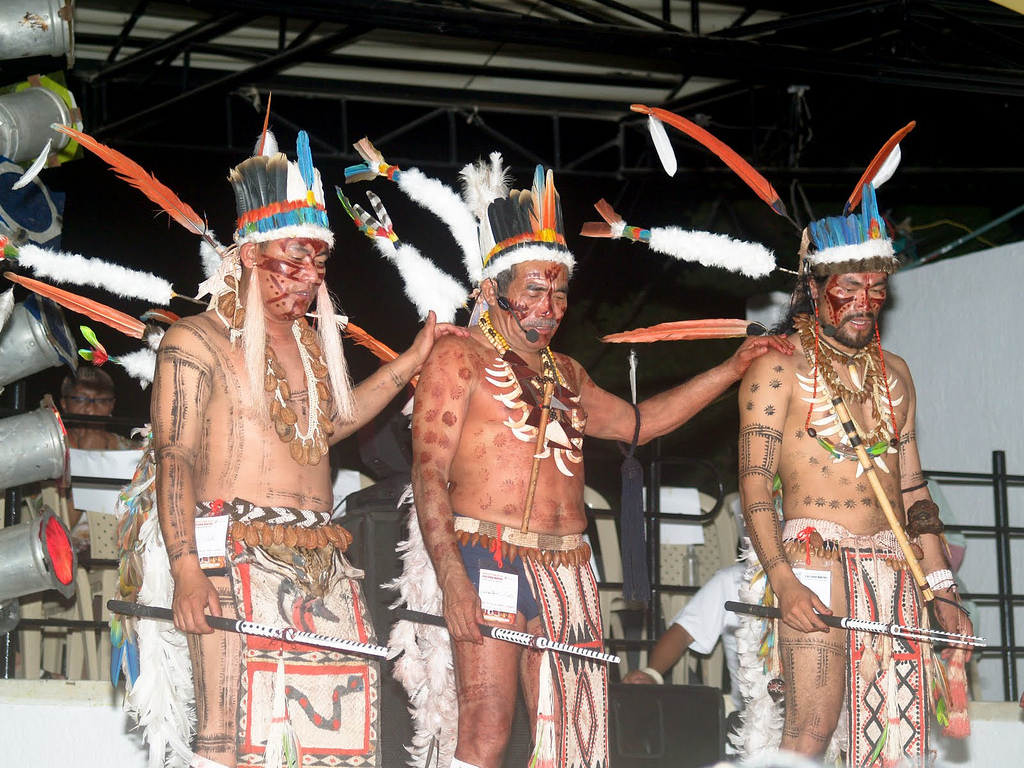 These people believe that if a woman can successfully trip a man over while you are dancing with him then the two of you must have sex.

Imagine a nightclub in Dublin if these rules applied!!!

All through the ages people used to drink/ eat love potions to try and improve their odds with the opposite sex. The ingredients that went into them were usually awful, ranging from gypsum, which is used in wall construction, to hyena eyes.

5. There were places in Ireland where they never took off their clothes

This one is a bit out there but when an anthropologist called John Cowan Messenger visited the island of Inis Beag off the coast of Connemara he found them to be amongst the most sexually repressed in the world! This was an account he made when he visited back in the 60s:

“Inis Beag, a small island off the coast of Ireland, is among the most naive and sexually repressive societies in the world. The islands abhor nudity, with adults washing only the parts of the body that extend beyond their clothing.

“Even marital partners keep underclothes on during sexual activity.

“The male has orgasm quickly and immediately falls asleep. Men believe that intercourse is hard on their health and will not engage in sex the night before an energy-demanding task. Moreover, they do not approach their wives sexually during menstruation or for months after childbirth.”

6. The Church chose missionary as the least sinful position

The church had a lot to say about sex and decided that missionary was the only position couples could do without being sinful.

If the woman was on top or if doggy-style was being tried these would mess with traditional male/ female roles.

If a couple were caught doing a ‘sinful position’ they could be sentenced to 3 years penance! No thanks!

7. Ancient Chinese men were not allowed to ejaculate

In ancient China, many people were into Taoism. Taoism believes that we all have a lot of chi which is essentially our life force. Inside the body, the chi is called jing and they believe that sperm contains the most amount of jing. Losing jing can cause illness or death.

As a result of this belief Chinese men would have sex but had to not ejaculate which was very difficult for them. Especially since they were advised to have a lot of sex to produce jing.